The man could have bagged a third jackpot of RM5.6mil with the same combination, but did not place a bet on it.

According to a 4D Result press release, the middle-aged restaurant owner uttered “Oh my god!” when he was told he missed the chance to win a grand total of RM14.6mil.

It added that the man had used two numbers – 4298 and 8060 – which he got from the tombstone while performing a Qing Ming pilgrimage.

4D Result said the man used the numbers in the 3D Jackpot and the 1+3D Jackpot, but did not use them in the DMC Jackpot.

A spokesman said the company used to see big winners during the Qing Ming period, although not as great as this man’s winnings.

“The winner is truly blessed by his ancestor,” the statement added. 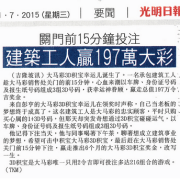 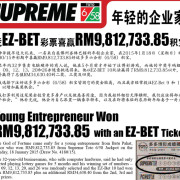 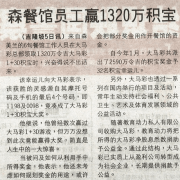